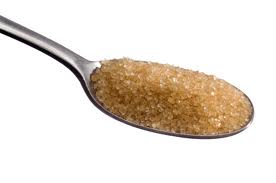 A Little Roundup in Your Sugar?

Last Thursday, July 19, 2012, the USDA completely deregulated GMO sugar beets for unrestricted planting in the US. The GMO sugar beets, from which table sugar is derived, pose no pest risk according to the USDA. It is interesting that the focus is on “pest risk”, as there are other serious concerns with this move. A few of the immediately obvious concerns are the introduction of Roundup (known as glyphosate) into our sugar supply, as the new “Roundup Ready” varieties are not really “Roundup resistant” as advertised by Monsanto, but are “Roundup tolerant”; meaning that they are not killed off by the spraying of glyphosate on the fields. Sugar beets, corn and anything else labelled Roundup Ready are simply able to absorb the glyphosate and not die, unlike the weeds they are targeting. Where does that Roundup go, what happens to it after the plant absorbs it? Glyphosate is a “persistent herbicide”, remaining in the soil and water several seasons after its application, tying up minerals and nutrients that the plants need. It is reasonable to expect that the glyphosate is also present in the plants themselves, and thus in the sugar that is processed from the sugar beets. Thus, in eating GMO sugar, you can expect to eat Roundup!

Speaking of weeds, that brings up the second big concern. Superweeds. These herbicide-resistant weeds are reported to have reached 60 million acres in the USA, rendering Roundup largely ineffective. The weeds have developed enzymes that break down the herbicide and have passed that trait to their seeds.The USDA admits that GMO sugar beets will cause an increase in superweeds, but say they don’t have the authority to regulate the GMO sugar beets. Well, if the USDA doesn’t have the “authority” to regulate an agricultural crop, just who does?

Another concern of the deregulation is that the GMO sugar beets will outcross to other beets and Swiss chard, which is in the same family. Part of this concerns stems from the fact that most of the beets are grown in the Northwest, along with much of the Swiss chard and table beet seed crops, thus the increased chance of outcrossing of the GMO varieties into our food supply.

Since 2005 when the GMO sugar beets were first approved for planting, the amount of sugar grown from these beets has skyrocketed to 95%. Yes, you read that right – only 5% of our sugar supply derived from sugar beets is from non-GMO sources. This catches many people by surprise, as it is not widely reported.

How can you make sure you’re not feeding GMO sugar to your family? The old adage of “Buy Organic” has its place here, as Certified Organic cannot contain GMO ingredients. Cane sugar has not been genetically modified, so look for that as the “made from” ingredient on the label. 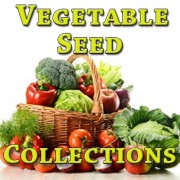