Heirloom vegetables, fruits, flowers and herbs are varieties that have remained popular with home gardeners because they grow well and taste great. Loosely defined as plant varieties that have been grown for at least three generations (and sometimes for three or more centuries!), heirloom food plants are varieties that have been selected for their flavor, resistance to pests and diseases, and other traits important to home gardeners. Unlike modern hybrids, heirloom seeds are open-pollinated, which means they will breed true and can be saved by the gardener from year to year — an important consideration for food security and self-sufficiency. Also, heirloom seeds are never genetically engineered.

It’s amazing to see how many people are discovering heirloom seeds and plants! From a different perspective, it’s also amazing how many people have forgotten how much in the last 20-30 years. The era of petro-chemical commercial agriculture was a grand experiment, and has shown itself as a failed experiment. Not in the sense that the system can grow lots of food, but in the sense of the nutritional quality of the food, and how dependent the entire system is on fuel, mostly diesel. These two areas are the main failure of the system; it simply becomes too expensive to continue to use fuel in the vast quantities that is required, and the declining nutrition in the food we need to live on. When diesel is $7/ gallon, which will happen, most people will not be able to shop in their local grocery store. We are using a finite fuel supply in a system that needs to produce forever if humans are to survive. There is a recent study showing the nutritional differences in identical veggies grown in a conventional petro-chemical manner versus in a natural chemical-free manner. The plants grown in the conventional field did not produce nearly the amount of nutrition as those grown in the natural field. When I can get a link to it, I will post it up here! This is very important news, as it clearly shows that the more naturally a food is grown, the more nutrition is in it. Something that just makes sense, huh?

We hope your garden is bursting with produce! Please share the excess! 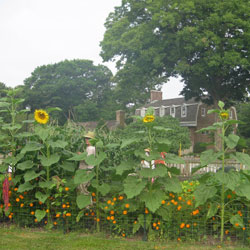 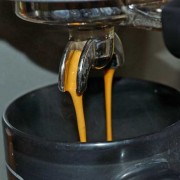 Coffee CSA- a Great Deal for Everyone 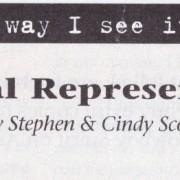 From The Range To The Garden

Heirloom Seeds Give Us Resiliency

GMOs and Roundup – How They Affect People, Animals, Soil and Waterways
1 reply