I’ve often wondered why the Armenian Cucumber was always the preferred choice of cucumber for my grandmother. She said it was the best tasting cucumber and that it was “burpless” which was important to her. I know sometimes folks are very sensitive to eating raw cucumber because of that burping issue.

What causes the burping? Some foods are more prone to producing gas, such as onions, celery, and cucumbers. Foods high in fiber have more of the “gas” forming characteristics which can cause that burping issue. But back to the Armenian Cucumber, which is really a melon (Cucumis melo var. flexuosus) is why we don’t burp. There is a funny group of melons that botanically are melons but are much similar in characteristic to the cucumber (Cucumis sativus).

I wanted to know more about this Armenian Cucumber, so I referred again to Fearing Burr’s Field and Garden Vegetables of America to read up on the Snake or Serpent Cucumber (AKA Armenian Cucumber).

Though generally considered as a species of cucumber, this plant should properly be classed with melons. In its manner of growth, foliage, flowering, and in the odor and taste of the ripened fruit, it strongly resembles the muskmelon. The fruit is slender and flexuous; frequently measuring more than three feet in length; and is often gracefully coiled or folded in a serpent-like form. The fruit is sometimes pickled in the manner of the Common Cucumber, but is seldom served at table sliced in its crude state. It is generally cultivated on account of its serpent-like form, rather than for its value as an esculent (edible). Well-grown specimens are quite attractive; and, as curious vegetable productions, contribute to the interest and variety of horticultural exhibitions.

Interesting that in 1865 not much was mentioned about the “burpless” quality that the Armenian Cucumber is known for today. I would have to say it is much tastier than just an ornamental for the local county fair!

Give this recipe a try with your Armenian Cucumbers!

Recipe Tip! Redmond Salt is the best tasting salt to use with fresh garden vegetables. A sprinkle on a fresh cut tomato or on a hard-boiled egg is heaven. 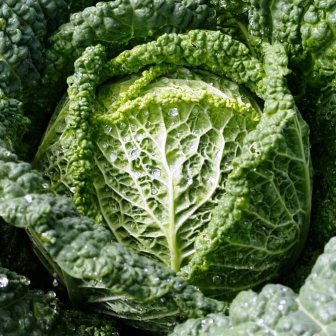 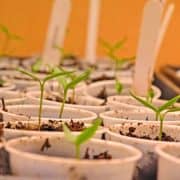 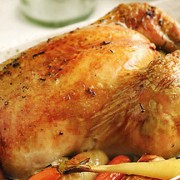