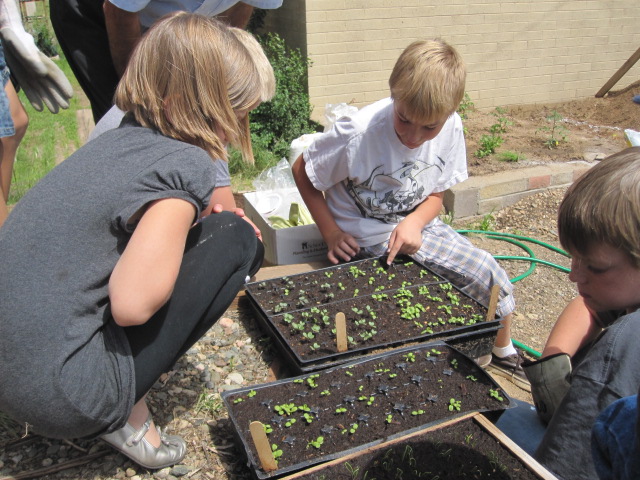 Is the logic of the chattel slave plantation the foundation of today’s industrial food system? There are some compelling parallels here. The logic of prioritizing profits over human, animal and environmental well-being for one. The complete disregard for the quality or health of the food produced is another. It is becoming increasingly clear that the industrial food system just simply doesn’t work for those that are involved with it, the notable exception being the shareholders. The workers in the system have no health or financial security, the teenagers and young people have serious health issues – diabetes the lead concern- and the farmers and food producers are getting pushed off the land as superfarms continue their consolidations. So where does real food enter the picture?

The industrial model may work for some things, but… it doesn’t work for food.

There is another logic, however. The logic of the Real Food Challenge, founded on respect and balance. Profits that are shared fairly with the workers and producers bringing the food to our tables. This project is one aspect of a much larger movement seeking a just and sustainable food economy. College students are driving real, healthy, measurable change in campus cafeterias. They work with administration in the existing budgets and spending programs to shift the dollars spent into a more sustainable, responsible and local direction. This becomes an investment in a real food economy. After all, students are paying customers of their respective schools, so they should have a say in the foods that they are served.

In three years, the Real Food Challenge has built a network of over 5,000 students at more than 350 schools across the country. They have won more than $45 million in real food purchasing commitments, including the entire University of California system. They predict that in the next 10 years, that number can exceed $1 billion. That’s starting to get into some real money!

One of the biggest successes isn’t just the dollars that have been re-directed, but the small scale, local producers that are able to stay in business and even thrive with the Real Food Challenge. Students are advocating for local producers, then using their examples and farms as studies in classes that help to close the circle. Instead of a negative action of avoiding or boycotting an industrial food producer, this project takes a positive action by redirecting existing dollars in a positive direction while improving several parts of the cycle at the same time. School food is improved, students and faculty health improves, energy and money is saved on shipping and storage costs and the producers are able to make a liveable wage while seeing where the results of their hard work goes.

This is a prime example of thinking outside of the box while engaging the existing system, to the benefit of many of the participants in the food system. We see more and more of these ground-breaking examples happening, a very promising light being shined in an otherwise uncertain time.

A Critical Mass for Real Food by Anim Steel