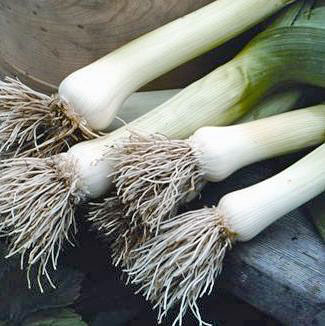 Leeks are thought of (when they are thought of at all) as a base for winter soups and stews. But they deserve far more attention than a bit player in a winter’s tale. Although the leek is a member of the onion family, the flavor is more subtle and refined than the standard onion.

Leeks have been around, and enjoyed, for a very long time. They were part of the diet of the workers who built the Egyptian pyramids, and the ancient Romans were particularly fond of them. In fact, the first century Roman Cookery of Apicius includes seventeen recipes for leeks. Among them are mouthwatering recipes such as leeks stewed with shell beans in white wine, leek sauce with pepper for braised meats, fish fillets with leeks and coriander, and leeks with truffles.

Leeks Around the World

The Roman tradition continues all over Europe and the Middle East, where nearly every shopper’s market basket contains a pound or more of leeks – slender ones in spring and summer, and nice big fat ones in fall and winter. Even the biggest, scariest leeks become tender and mild after a brief cooking, so don’t let big leeks – or the dirt often found in them – put you off.

They are excellent in sauces, vegetable dishes, soups, casseroles, and stir-fries. And they are naturally low in calories and an excellent source of Vitamin C, iron, and fiber. 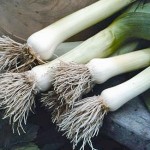 Although leeks nearly disappeared from the tables of upper classes throughout northern Europe in the 16th and 17th centuries, they kept going strong in hearty peasant fare. One of the lesser-known, but more delicious of the comforting peasant dishes is Leek Champ. (“Champ” is one of the best-loved ways of cooking potatoes in Ireland). Simply boil them, mash them with some boiled milk, and stir in a green vegetable such as scallions, chives, nettles, peas, or leeks. Then serve the creamy, green-flecked mixture with a big knob of yellow butter melting in the center. It’s a sure way to get any picky eater to eat vegetables!)
Servings: 6
Author: Farm Fresh Now!

The best way to enjoy healthy, seasonal produce is to buy it from your local community farmer. To locate the farmers’ market or CSA nearest you, visit www.localharvest.org.

Farm Fresh Now! is a project of The Land Connection, an educational nonprofit that preserves farmland, trains new farmers, and connects people with great locally-grown foods. This series is made possible with generous support from the Illinois Department of Agriculture. 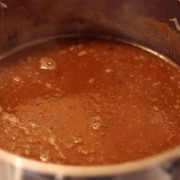