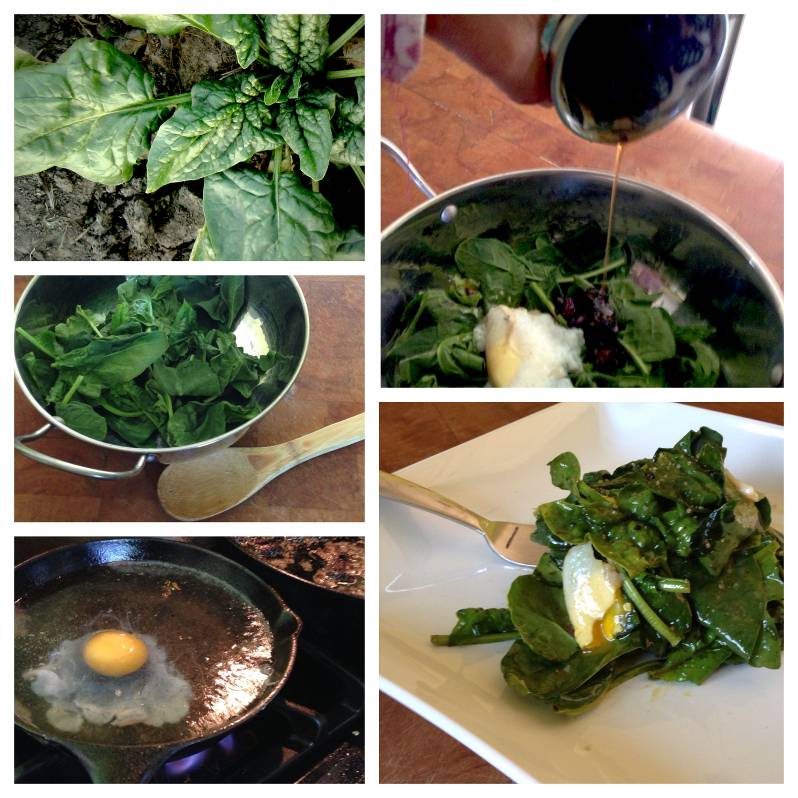 SPINACH: The Prince of Vegetables

For many baby-boomers, the constant refrain of “Eat your spinach, it’s good for you!” and the olive green glop of canned vegetable that accompanied the words, led to life-long spinach avoidance. Well now is the time, if you haven’t already, to overcome your spinach phobia.  One nibble of a local farmer’s sweet and vibrant fresh spinach will do the trick.

The first spinach you see every spring is most likely from seeds that your farmer planted late last fall. The seeds germinate and barely start to put down roots before the frigid weather descends and they go into dormancy under the ice and snow. At the first hint of spring, however, they start growing like mad, and soon the leaves are huge, thick, juicy and sweet–unbelievably rich and meaty. You really have to taste it to believe it.

If great taste alone is not enough, remember that spinach is high in vitamins A and C, and in iron and folate. It is also a good source of fiber and magnesium, and is very low in calories. And if you’re still not convinced, wine fortified with spinach juice was the healing elixir traditionally given to injured French soldiers. And the Persians, who cultivated the leafy green from at least the 6th century, recognized spinach’s sophistication and called it “the prince of vegetables.”

The best thing to do with any fresh vegetable is almost nothing. But I confess that I have become dangerously enamored of this Fresh Spinach Salade Lyonnaise.  It is quick and easy to make, yet fit for a king with the combination of meaty-leaved spinach, crisp bacon, barely cooked eggs, and warm, sharp Dijon vinaigrette. (If you want to go vegetarian or vegan, just leave out the bacon and egg, adding another few tablespoons of olive oil to the dressing.)  Keep this salad in mind when fall greens like frisee, escarole, and radicchio roll around because the hot dressing will soften and sweeten those sturdy leaves.

Farm Fresh Now! is a project of The Land Connection, an educational nonprofit that preserves farmland, trains new farmers, and connects people with great locally-grown foods.  This series is made possible with generous support from the Illinois Department of Agriculture.

Spinach Salad with Sesame and Ginger 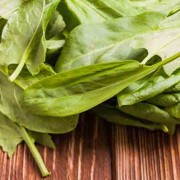 French Sorrel or “Lemonade in a Leaf”