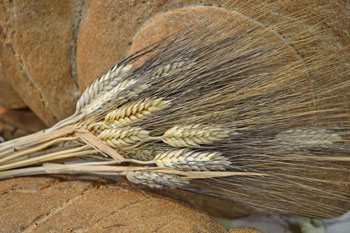 Today’s commercial wheat – a semi-dwarf, high-yield type – is causing many people to be sick. Gluten intolerance or celiac disease has skyrocketed since the 1970s and shows no sign of slowing down. A decade ago, gluten intolerance levels were at 1 in 2,500 worldwide. Today, it’s at 1 in 133! What has happened to the grain that has fed us for thousands of years is inedible for an increasing number of people? So what has happened? Why has bread, and by extension many grains, become bad for our health?

First, let’s look at the differences between historical wheat and today’s modern hybrid. Then we’ll look at how the wheat is made into breads and the differences in how we do that today vs. historically. We need this groundwork to establish how and why wheat is not the same grain it once was.

Bread is the “staff of life”, right? Well, it used to be. In fact, archaeologists have uncovered villages that housed the workers building the great Pyramids and found clay pots used to raise and bake ancient Egyptian sourdough bread. This bread was the majority of the diet, along with meat and milk, of the workers. These weren’t office or light duty jobs; these were brutally heavy jobs – moving huge stones over log rollers up dirt ramparts to place them into the pyramid. Bread, milk and meat kept them going for years.

The grains that were used in baking the ancient sourdough are completely different than what we are eating today. Einkorn, spelt, emmer and dinkel are some of the ancient wheat cultivars that our ancestors ate. They are all “covered-wheat” grains, having thick husks around each kernel. The inedible husk must be removed by pounding or milling and then winnowing before the grains can be ground or eaten. Today’s modern wheat is considered to be a “naked-wheat” cultivar, with a much thinner husk that is easier to remove.

The move toward today’s modern wheat began with hybridizing for smaller or dwarf varieties of wheat. Shorter wheat means more of the plant’s energy is put into seed production, increasing yields. This was very successful, producing huge increases in production. Dwarf cultivars are also more resistant to “lodging” or falling over. Lodging occurs when the stalks are too long for the plant’s roots, the stalk falls over (lodges) and rots. Heavy applications of nitrogen fertilizer, common in commercial agriculture, only make the lodging problem worse. The hybrid dwarf varieties were much less susceptible to lodging, allowing excess nitrogen to be applied without losing too much of the wheat crop.

Happy with the increased production of the hybridized dwarf wheat, plant breeders began more hybridization experiments starting in the early 1960s. Extensive hybridization research, testing and experimentation went on, all with the objective of increasing the yields wheat produced. Repetitive back-crossing and crossing with foreign grass species were just two of several techniques used. What happened was a drastic increase in the production capability of the dwarf super-hybridized wheat. Unfortunately, the issue of digestibility was never examined. Another result of the hybridizations is that gluten levels increased in the new wheat, a good thing for making tall, fluffy breads that are appealing to consumers.

The experimentation didn’t stop there however. In 2003 BASF, the chemical company, introduced Clearfield wheat, which is tolerant to their proprietary herbicide Beyond, much like Roundup Ready Corn is tolerant of glyphosate. They proudly proclaim that the wheat is not the product of genetic engineering, but of “enhanced traditional plant breeding” methods. What, exactly, are these enhanced methods that allows a plant to resist a persistent herbicide?

The technique is called “chemical mutagenesis” and might be worse than GMO engineering. Using a highly toxic chemical – sodium azide – as well as gamma and x-ray radiation, the exposed wheat embryo mutates. After further experimentation, testing and development, Clearfield wheat emerges and is tolerant of the Beyond herbicide. Clearfield is now supplied in 20 varieties and nearly a million acres are planted with it in the US and Canada.

So what we are now eating is a super-hybridized, chemically and radiologically mutated wheat. It’s no wonder we are having issues with digestion and allergic reactions that are becoming more common and more severe. Not all of the wheat that is commercially available is from Clearfield wheat, but more and more is coming onto the market. The rest of the wheat is from the super-hybridized semi-dwarf varieties.

Now that we see the wheat we’ve been eating is different than what has fed us for a long time, let’s look at how bread is made today as compared to the past.

Traditionally bread was made with a slow rise sourdough method, using native yeast from the air to raise the dough. Sourdough is a partnership between specific yeast and bacteria that support each other and make bread rise and develops the unique flavors. In the Egyptian example, leftover dough from the previous batch was added into the current batch of water and whole wheat flour, mixed and kneaded well and set out to rise for a day in terra cotta pots shaped much like flower pots we are familiar with today. The next morning, the pots were put into the oven and baked into the bread which fed the pyramid workers. This pretty much describes how bread has been made for several thousands of years, all over the world.

Today’s bread is made with fast-rising yeast that has been cultured specially to raise bread dough faster and higher than any sourdough can. The wheat is milled to remove the outer layers of wheat bran and wheat germ, leaving only the starchy endosperm or white flour that we are all familiar with. Some of the nutrients that were removed with the bran and germ are added in the “enriching” process, where iron and synthetic B vitamins such as thiamin, riboflavin, niacin and folic acid are added back in. Other agents are added to the dough which keeps the bread fresh and pliable for a longer period of time. The bread dough is mixed and kneaded, then left to rise for an hour or two and baked.

The two major differences in these breads are the flour and the method of rising used. The flour in the sourdough bread is whole wheat, meaning the entire kernel of wheat is milled into flour. The white flour is stripped of most of its nutrients; with a few synthetic vitamins added back in after milling. The rising methods and times differ greatly, with the sourdough having time to break down some of the proteins and amino acids that are indigestible initially. The long ferment and rise of the sourdough, often more than 24 hours, allow the yeast and bacteria to make the resulting bread more nutritious and digestible for us.

So now what? Now that we know the commercial wheat and breads of today aren’t as healthy or nutritious for us as those our parents and grandparents ate, what are our choices? Some people are so affected by wheat that they have to avoid it altogether, while others find they feel better once they are off of it for 30 days or more, and then slowly re-introduce it back into their diets. Most find that avoiding modern wheat and sourcing ancient grains, preparing them in the older, slower methods keeps the digestive systems happy. Learning to make sourdough breads with long fermentation and rise times, along with soaking or sprouting grains will make these foods easier to digest and tastier as well.

One of the directions we have been working on is to provide the home gardener and small scale grower with grains that can be grown at home and prepared without milling equipment. The White Sonora Wheat is the grain we’ve started with, helping to re-introduce this heirloom and almost lost variety of wheat back to the Southwest, and the rest of the country. It has a papery husk that is easily hulled, has lower gluten content than today’s hybrid wheat and is well adapted to harsh climates. You can see other choices for the home grower in our Grains department.

In a story that is very much like the rise of industrial, commercial convenience foods we are seeing that the traditional grains and methods of making our daily bread is much more healthy, nutritious and tasty than the modern methods. To our surprise, many people are seeing that sourcing long fermented sourdoughs are easier to do and baking their own bread is not nearly as hard we we’ve been led to believe. 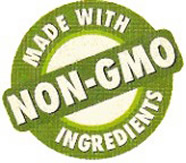 GMO Labeling Vote Will Be a Big Fight

All Seeds Are Not Equal
47 replies