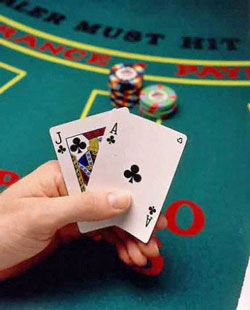 These words were written by none other than an investment strategist who looks at what is or will be profitable in the future and he is betting that sustainable agriculture is one of them. Jeremy Grantham has also talked about the finite resources that are becoming apparent to all but those in government, industry and economists. He believes that our most pressing issue we are facing today is not energy or one of many other crises that we are facing, but food. Food, the third most important ingredient for life is, or soon will become center stage of the world’s attention.

Why the focus on food? Won’t GMOs and industrial agriculture feed us all? The fact of the matter is that system is completely unsustainable. It requires massive amounts of petrochemicals and petroleum just to keep it moving, much less expanding. As the cost of those petrochemicals and fuel continue to rise it will simply become much too expensive to grow food in that system, despite any and all subsidies, price protections or trade restrictions. Right now the foundation of the food system is in crises. The farmers are being squeezed while the corporate food manufacturers are still profitable. It is very easy to see the declining grain production (even before the drought of the past 2 years), across the board increases in resource costs and plummeting crop yields from petrochemical fertilizers. The future of industrial scale farming isn’t looking too rosy right now. What happens when the farmers can’t afford to farm? When they can’t afford the costs to run the tractors, buy the seeds, fertilizers, insecticides and pesticides that are required to grow the industrial crops? Who will do the growing then?

From his quarterly letter –

• Grain productivity has fallen decade by decade since 1970 from 3.5% to 1.5%. Quite probably, the most efficient grain producers are approaching a “glass ceiling” where further increases in productivity per acre approach zero at the grain species’ limit (just as race horses do not run materially faster now than in the 1920s). Remarkably, investment in agricultural research has steadily fallen globally, as a percent of GDP.
• Water problems will increase to a point where gains from increased irrigation will be offset by the loss of underground water and the salination of the soil.
• Persistent bad farming practices perpetuate land degradation, which will continue to undermine our long-term sustainable productive capacity.
• Incremental returns from increasing fertilizer use will steadily decline on the margin for fertilizer use has increased five-fold in the last 50 years and the easy pickings are behind us.
• There will be increased weather instability, notably floods and droughts, but also steadily increasing heat. The last three years of global weather were so bad that to draw three such years randomly would have been a remote possibility. The climate is changing.
• The costs of fertilizer and fuel will rise rapidly.

Grantham believes that we will transition to a more or less to a sustainable, organic and largely regional food system in the foreseeable future. This, coincidentally, is almost the exact same argument that organic and sustainable farming folks have been talking about for several years now, although for somewhat different reasons. His thoughts are that we have a choice – we can voluntarily create and adapt the above mentioned sustainable food production model, or we will be forced to do so. Not by any government or corporation, but by scarcity. When industrial, chemical agriculture finally proves that it really can’t feed the world, what then? Organic, sustainable agriculture may be the only player left at the table.

He has bet on organic and sustainable agriculture by establishing foundations that finance research into better organic agriculture methods. Once the best practices and highest productivity methods are known, he wants to directly finance those organic farms. This will take some time, as there is no current infrastructure, training or experience on this scale to draw from and must be created. Current models need to be scaled up and tested to be able to dovetail into an overall system that not only helps to maintain itself, but grows itself as organically as the food it produces.

A Banker Bets on Organic Farming

From New York to Africa, Why Food is Saving the World