The yearly gardening season is just about on us and for many gardeners that means a heavy focus on tomatoes. Specifically, heirloom tomatoes, as their meteoric rise in popularity over the past few years would have many a pop and rock star green with jealous envy. The heirloom tomato seems to be almost everywhere these days, from high end cooking shows with their ultra-close-ups and glamor shots to many new cookbooks focusing on home-grown and locally sourced produce to Farmer’s markets, CSA’s and almost everyone’s home garden. Even die hard hybrid “Better Boy” and “Early Girl” gardeners that have planted nothing else for years are giving these wondrous beauties a shot.

With all of this attention being paid to the “Love Apple” as it was known in Colonial times, we wanted to give you a better chance of harvesting all of that potentially rich, complex, juicy tomatoey goodness that are only seedlings at this point.

Tomatoes are complex creatures, needing rich and well mineralized soil that is well drained and not over-watered. The simple, ruinous yet well intentioned act of giving tomatoes too much water most likely accounts for fully 75% of all of the problems with them; from soil borne fungi and other micro-organisms attacking the roots to fruit splitting, cracking and blossom end rot and ultimately the worst- flavor wash-out. Ideally, tomatoes like a lightly moist soil. The best way to judge when to water is by getting to know your plants and paying attention to the leaves. When the leaves just start to curl at the very edges or tips is when the plant is telling you it’s thirsty. Different varieties of tomatoes will have naturally curling leaves, thus the need to get to know your specific plants. Give them a drink, but don’t drown them. There has been multiple studies done that have clearly shown that tomatoes do much better with a little less water than a little more. Production, taste and disease resistance all increase when the plant is watered a full 25% less than what is commonly believed to be the “right” amount.

Now that we have the biggest issue out of the way, let’s look at some other techniques to get the best out of this year’s tomatoes! This is not an exhaustive, encyclopedic resource. There are many, many books available that are devoted entirely to the subject of fixing your tomatoes. What we want to do is give you some good, proven and easily used tools to help you get the best out of your tomatoes this year. Some of the most effective remedies are the simple and easily applied ones, as they are the ones that get used more often. So here we go!

-If you see brown or black soft spots appearing at the blossom end (opposite the stem) of the tomatoes, you have blossom end rot. This is caused by a lack of available calcium and can be easily corrected. Tuck a Tums or other antacid tablet or two into the base of the roots and give them a little water to soften. The antacids are calcium carbonate and will quickly provide needed calcium to the plant. It won’t cure the existing blossom end rot- nothing can- but will prevent the next set of blossoms from having then same problems.

-A 10 – 20% milk solution used as a foliar spray is highly effective against mildews and tomato mosaic virus. This remedy was discovered by Wagner Bettiol, an agronomist from Brazil found that weekly sprays of a milk solution was faster and more effective than synthetic chemical fungicides. The milk solution controlled the fungi just as well, with the added benefit that it acted as a foliar fertilizer and boosted the plant’s immune system and production. This spray also works for zucchini, cucumbers and other cucurbits including melons. It seems to work on roses also!
1 Cup milk
9 Cups water
Mix well and spray on offending mildews, blights and assorted unwanted fungi.

-The baking soda/mineral oil approach has been around a long time and is familiar to long-time gardeners, but it bears sharing. Cornell University has research showing the effectiveness of this approach. The baking soda deters fungus spores, and the oil coats the leaves, holding the baking soda in place longer.
1 Tbs Canola or mineral oil
1 Tsp baking soda
1 Gal water
Mix well and spray directly on the fungal blights.

– To stop nematodes from attacking the roots of your tomato, insert old 1 to 5 gallon nursery pots that have been cleaned, disinfected and had the bottoms cut out into the soil leaving 2-3 inches showing. Transplant your tomatoes into these guards. For heirloom tomatoes, the larger the pots the better, as the root system can be extensive.

-For soft-bodied insects, the milk spray described above is very effective, as well as a simple home-made insecticidal soap spray. You must use soap and not a detergent. They are different in how they work. Soap will kill the bugs, detergent will often kill the bugs and your plants! You’ve been warned. One of the absolute best soaps out there is Dr. Bronner’s. You can get it in a liquid form, it is certified organic and won’t harm your plants.
1 Tsp liquid soap
1 Qt water
Mix well and spray on the unwanted critters.

-When the plants are really working setting flowers and fruit, use the Spring Garden Soil Elixir recipe and omit the Borax and cranberry juice. Mix as usual and give a light spray to the roots as a side dressing to give the tomatoes a boost in nutrients to keep the health and flavor up.

These techniques and tips will set you on the path of better, tastier and longer producing tomatoes this season. If you have an especially effective remedy or recipe that you’ve used to help your tomatoes do well, please share it with us! 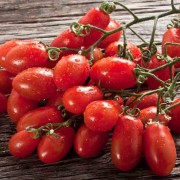 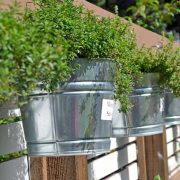 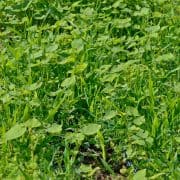 Which cover crop mix is best for me? 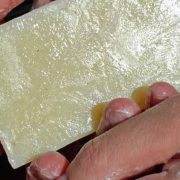