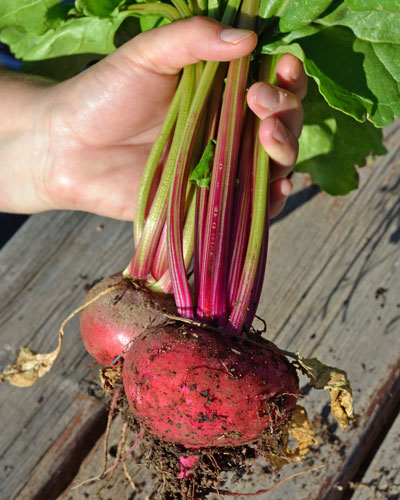 Ellen shares her research on the history of beets today. Did you know that beets weren’t always the deep red we are familiar with, but that characteristic was selected for and bred into them in the 1700’s? Lighter red existed much earlier than that, but not in the blood-red shades we know today.

Make sure to visit our Beet department and grow your own tasty varieties! Don’t forget to try both recipes at the end of today’s article.

The beet as we know it today is a handsome vegetable. It is rooted in the ground, transferring the earthy taste of good soil through its deep red root. The beet is an old vegetable, ascribed with aphrodesiac and blood strengthening qualities. Its wild ancestor, the sea beet (Beta vulgaris sp. Maratima) is not a sweet vegetable—it is a bunched mass of greens with a slender white-yellow root that grows almost on the tide line of the ocean.

The beet as we know it today has a larger, fleshier, and darker colored root than the seabeet. The seabeet grows wild along the Mediterranean coast, down the coast of the Corsican sea. The sea beet has the heart-shaped leaves, deep glossy green color, and bunching tendencies of garden beets. Today, we almost equivocally think of beetroot, as it is commonly called in Britian, New Zealand, and Australia, as blood-red. In fact, red pigmentation was selected and bred into the beet in the mid 18th century. While white colored beets are not common in the public marketplace, they are the leading beet grown for sugar production.

Another common cultivar of beta vulgaris is Swiss chard, whose name comes from a bastardization of the Sicula—the leafy green that Swiss chard is most likely descended from. Swiss chard is grown for its large leaves, which offer a near year-round source of leafy greens—with white, red, or rainbow colored ribs. Beet greens taste remarkably similar to chard and in fact the beet is the same as Swiss chard, but it has been bred to produce large edible roots, rather than put that energy into leaf production.

Anyone who has tasted a fresh beet can attest to its earthy, mineral taste. For those who find red beets to be too intense, the yellow or lighter fleshed cultivars offer a good substitute. More mellow tasting varieties include Golden Detroit and Chioggia beets. Chard’s buttery texture and almost ‘healthy’ taste is unbeatable, and I almost always feel better for eating it.

The sweetness of beets is well known. The vegetable has been associated in many cultures with love; it is said if a man and a woman eat from the same beet, they will fall in love. Aphrodisiac qualities were well-known in the beet in Ancient Greece and in Roman times. The red beet was hung on the walls of prostitution houses in 740 AD and again in the early 20th century. The beet is an old symbol of love and lust—and wealth. In Delphi, a beet was said to be worth its weight in silver, and was offered to Apollo to ensure wealth.

Today, the beet is well known and loved by gardeners and small growers. Its color and sweet taste are a welcome mix to the bitter greens and other green vegetables that are available in the spring months. Traditionally, there were three kinds of beets in cultivation. The sugar beet is used to produce sugar and was developed in Upper Silesia (now Poland) in the 1740’s. The majority of Europe’s sugar at the time was coming to the continent via the British colonies in the Caribbean. The sugar beet became better known when Napoleon Bonaparte announced an embargo with the British in 1813 and endorsed the growing and processing of sugar beets.

The second type of beet is a forage beet, or manglewertzle, which simply means “root beet”. They are grown as livestock feed and are either left in the ground for sheep or other animals to uproot or grown, harvested, and fed out during the winter months. These varieties of beet have quickly lost popularity and are the most genetically threatened. One well-known Pennsylvania revival is Deacon Dan’s, which William Woys Weaver calls, “the field pumpkins of the beet world…some can weigh as much as 15 pounds but they need good, sandy soil to develop such large size.”

The most well known beets are those of the garden. They are typically red, although if you look closely, there are many shades of red, pink, even yellow to be found in garden beets today. They come in a variety of shapes, from perfectly spherical to flattened on the bottom half, to cylindrical. The garden beet is used for pickling, canning, eating fresh, roasted, and really, however you can think to enjoy them!

For some, the beet releases memories of vinegary pickles, or generic canned red vegetable, or the inevitable stained fingers one gets when preparing cooked beets. Beets food uses extend into food coloring, dyes, and even making tomato sauces more red. Nothing beats a fresh beet! Beets are served many ways, from shredded raw into a salad, roasted, or made into a soup. Borscht is a traditional soup from Ukraine—it is said there are as many recipes for borscht as there are villages throughout Eastern Europe. I enjoy this delightfully colored soup all year long, served chilled or hot. If borscht is not your thing, try the roasted beet salad with feta and cilantro.

Here’s what could come out of your garden for this recipe –  Beets, Onion, Carrots, Cabbage and Dill!

Borscht is a traditional Eastern European soup that is served either hot or cold. There are many different variations, but this is a good starting point.
Servings: 4

Serve with a dollop of sour cream if serving hot. To serve chilled, simply make a day in advance and refrigerate. Take out about 15 minutes to a half hour before serving so the flavors will be noticeable.
Serves 4 as a meal, or 6 as an introductory course
Here’s what could come out of your garden for this recipe – Beets and Cilantro!
Print Recipe

The richness of the roasted beets are offset and enhanced by the tang of the cheese and hint of apple cider vinegar.
Servings: 4

Serves 4 as a side salad. 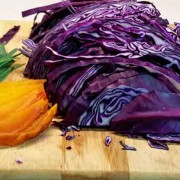 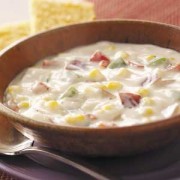