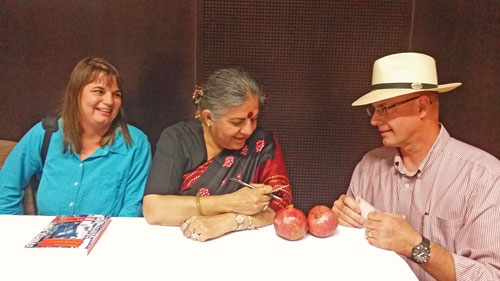 Food is something that many of us in the US, quite literally, take for granted. We have reached the point where we simply don’t think about it much anymore. This has become both a blessing and a curse.

For most of us, food is always available, never in short supply and the choices can be staggering. Do we want Asian, Italian, Mexican or American tonight? Easy enough. For some, we can drill down much deeper to regional cuisines of the world available for the price of a phone call or a short drive. The selection at the supermarket or grocery store has exploded, with even the most mundane supermarket in small towns offering aisles of international food that have never been seen before in history.

Of course, any discussion of food is by definition a complex one, and the acknowledgment must be made of the less fortunate that live in “food deserts” where the only available food within 30 minutes is at a convenience store; and those that are euphemistically classified as “food insecure” – meaning hungry. Yes, here in America where we are constantly being told that we must “feed the world” with industrial agriculture, we have a dirty little open secret – 1 in 7 or 49 million of our own people don’t have enough to eat, or don’t know where their next meal will come from.

Today we will look at a slightly different picture, that of food as it relates to civilization and how it can affect all of our lives in positive or negative ways. Food can support or topple governments, as vividly demonstrated by the fairly recent events of the “Arab Spring” uprising in the Middle East where food prices and availability brought down established governments in a matter of weeks.

In light of that, let’s look at some excerpts from Dr. Vandana Shiva’s lecture we attended at Arizona State University’s Global School of Sustainability on October 30, 2014. Her lecture was titled “Future of Food: Dictatorship or Democracy?” For those not familiar with Dr. Shiva, she is a physicist, environmental activist, speaker and author. Her newest book is Making Peace with the Earth.

Food is the web of life, with interactions between different organisms. The soil food web is such an amazing contradiction to that extremely false idea that life is a pyramid with man on top. The organisms in the soil are one step beyond us, we are their food. That should bring us a bit of humility!

How true this is! In our everyday lives, we often forget that we continue to be here thanks to about 6 inches of soil that feeds us multiple times a day, every week, all year long throughout our lifetimes. 2015 is designated as the International Year of Soils by the UN General Assembly, in recognition of the overlooked importance soil plays in all of our lives.

How we produce and consume food is probably the most significant impact both on the planet and society.

Food is more important in our daily lives than we probably realize on a regular basis. Not only does it feed and nourish us, it brings us together socially at mealtimes, holidays and festivities as well as having a major impact in our political system and our national policies, both at home and abroad. The Farm Bill and international trade agreements are just two examples of this importance.

When Dr. Shiva was doing research in the Punjab region of India for her 1992 book “The Violence of the Green Revolution”, she realized that

When you can’t choose what you grow, when you can’t decide the methods of production, when you don’t determine the price of what you produce, when your own rivers’ water can’t be released through your decision, then you are living under slavery.

When she said this, it immediately brought to mind the situations of some of our farmers, especially the contracted chicken and pig producers, as well as commodity crop growers who are locked into multi-year contracts that specify everything – the seed, chicks or piglets to be used, what feed or fertilizers, pesticides or herbicides will be applied, the length of time until harvest and what price will be paid by the buyer after harvest. There are often punitive clauses that penalize the grower or farmer if conditions or quotas aren’t met. Some large operations, corporations themselves, do well in these contracts, but family farmers do not often find them beneficial in the long run.

A dictatorship is control of an absolute kind. Look at what is happening to our food system – seed, the first link in the food system is being controlled like we’ve never seen before. It was not controlled before, it was shared. We had public universities breeding seed, and they would share the seed. Farmers would share seed with each other.

The issue of food dictatorship begins with the seed, goes into food, goes into our knowledge, goes into how our decisions are made, because governments become involved with the laws they make.

This is a very important point that is not addressed much in today’s food system discussions; the very beginning of the entire food chain comes down to a seed. We have seen the incredible consolidation of almost an entire industry in a little more than a decade. From dozens of companies, we now have 6 that control 80% of the commercial seed supply worldwide.

In decades past, land grant universities bred new open pollinated varieties and shared them with growers in their state. Those growers further selected for the best traits and passed them along, partly sharing and selling. The USDA had a large breeding and research section that would send seed home with Senators and Congressmen when they went back home on the train. Farmers and growers could subscribe to the USDA’s publication, read about new varieties they were interested in and write for samples of seed to try. Bear in mind, these weren’t “Free” seeds; they were paid for by taxes and funded through the agricultural programs of the USDA. The growers and farmers didn’t pay out of pocket for them, but paid via their taxes.

Now, there are very few public universities doing seed research and breeding that are releasing them to the public. The notable exception was in April of 2014 when the University of Wisconsin, Madison ‘Open Source Seed Initiative’ project released 29 new varieties of seed for 14 different crops. Because this type of program was so unknown, many articles and Facebook posts erroneously trumpeted the “Free Seed Initiative”, creating confusion as to what this breeding program was trying to do. The aim of this project is to get new open pollinated seed varieties into growers hands so that they can become available for the public.

This is what seed democracy and by extension, food democracy, looks like. This is what is happening with every small, independent heirloom seed company that works to bring overlooked heirloom seed varieties to market. It is also what is happening with the explosion of Farmer’s Markets across the US, as well as the sustained double-digit growth in the resurgence of the home based backyard garden. Local food hubs and food production systems are being re-thought, re-engineered and re-designed like never before. Farmers and growers who used to see themselves as ‘competitors’ are now beginning to view each other as ‘collaborators’ or ‘co-creators’ in new ventures, with an improved local food system as the result.

Something like 70% of the food we eat worldwide is still grown today by small farmers. This has been true for centuries in places like Russia with its ‘Dacha gardening’ system growing close to 50% of the fresh food by the people, for the people. Food democracy can exist, even under the strictest non-democratic governments!

The biotech companies produce seed that is very costly; it is only the governmental subsidies that produce food that is cheap. There is $400 billion in agricultural subsidies – a billion dollars a day!

If that tax money was diverted from subsidizing toxic food that’s destroying the planet and destroying our health and shifted to growing food that protects our health, protects the planet and generates employment in the process, then we could begin to reverse the agricultural damage to the world.

75% of planetary damage to soil, water and biodiversity and 40% of the greenhouse gases comes from global industrial agriculture. This is the single biggest impact on the planet, and yet ecological farming and local food systems can be the place, maybe, to do the opposite. We can rejuvenate biodiversity, we can save seed, we build up organic fertility of the soil, and we conserve water.

This is big-picture thinking, but on many scales it makes sense in many ways. Voluntary, participatory and evolutionary seed breeding projects that are not corporately involved can be very strong food security and food democracy measures today. In times of changing climactic conditions, the plants must be allowed and encouraged to adapt to the current agricultural conditions. Farmers have done this for centuries, evolving salt tolerant or arid varieties that continue to produce food during changing times.

A perfect example of this was after the 2004 Tsunami in Thailand and Indonesia. Dr. Shiva’s foundation, Navdanya, a participatory agricultural research program – gifted 2 truckloads of salt tolerant seeds to the farmers, who had been told that no agriculture was possible for 5 years by their government agricultural resources. The seeds didn’t just survive; they did extremely well and have been saved and shared all across the region. Seeds are hope, the hope for our future. They are the real diversity, the real insurance for the future, whether it is climate change, to create democracy or deal with pest and diseases.

What is your role in creating a food democracy instead of a food dictatorship? Do what you can – grow a garden or expand it, help others garden, grow a row for the hungry and donate it to your local food pantry, buy at the Farmer’s Market, buy a CSA share from a local grower, and choose the closest grown produce at the supermarket. Each of us individually may not be able to influence farm policy, but we can make a change in our daily food, and that is where real, lasting change starts. 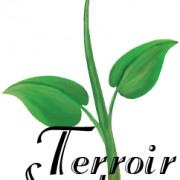 What is Terroir Seeds and how does it relate to Underwood Gardens? 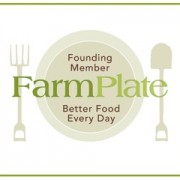 Non- GMO Labeling is a Hit with Consumers 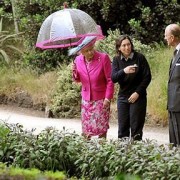