Yesterday was the first part of the examination of the answer to the question that many have asked throughout the years. Today we finish with the article and look at some points that it raised.

Acres USA originally published this article, and is used here from their Reprint Archives. This is the second of two segments. Our comments and notes will be inserted throughout.

Mary-Howell Martens is admired and recognized as one of the nation’s pioneering leaders in sustainable agriculture.

Together with her husband Klaas, Ms. Martens owns and operates Lakeview Organic Grain in Penn Yan, New York, one of the Northeast’s largest and most successful organic grain businesses.  Started in 1991, the Martens’ 1400-acre farm and feed mill, which they work with their children Peter, Elizabeth, and Daniel, and 10 employees, currently supplies organic feed and seed to over 300 organic livestock farmers in New York and Pennsylvania.

Animal nutritionists have noted a drop in nutritional quality of animal feed, especially corn and forages, over the past 25 years. Dave Mattocks of the Fertrell Company in Bainbridge, Pennsylvania, has been formulating animal rations for many years. He reports that he has had to continually increase quantity of protein sources in animal rations in order to maintain a constant level of protein. He feels that this reflects that the average protein level in grain has been dropping. When plants are induced to produce more quantity (higher yield), it is usually at the expense of something else, in this case, certain key molecules that affect quality and nutrition. Confirmation of this observation would probably be available if one took the time to sort through and analyze the reams of data that forage analysis labs have collected over the past 25 years.

Indirectly related to observations about declining feed quality, an article in the March 25, 2000 issue of Science News described research that showed that plants growing with increased air CO2 levels (as is possible in the future with the greenhouse gas effect) do indeed grow faster and produce more carbohydrates, but the protein levels are lower. Insects feeding on these plants eat excessively but grow poorly. Sheep eating such plants eat less, grow poorly, and digest their food more slowly, probably because the essential bacteria in the ruminant gut are themselves protein deficient and malnourished. This is important research that needs to be considered for several critical reasons. First, of course, because the Earth’s atmosphere is changing and we need to anticipate how this may effect vegetation and the organisms that feed on the vegetation. Secondly, this research can offer valuable insight into the critical factor of genotype-x environment interaction, a factor which is largely being overlooked in the biotech and Green Revolution discussions.

Regardless of all the other issues involved with genetically engineered crops, it seems logical that unless we pay attention to the soil and other environmental factors first, efforts to improve yield, nutrient content, or pest resistance of crops through genetics alone will be far less successful than they might be. Results obtained on well-managed research farms may not be repeatable on poorer soils that are not being as intensively managed. Most crops have far more genetic potential than they are able to express already. Producing high yields on poor soils without maintaining fertility levels will only postpone famine until the soil becomes exhausted. We should not see genetics alone as the solution to management problems, as a way that allows farmers to continue poor production practices on their farms. Many American farmers face a corn borer problem because they don’t rotate properly and use other practices, such as no-till, that allow large pest populations to build. Bt corn makes it easier to continue poor management practices, at least until pest populations develop resistance. Obviously, new traits could then be engineered into corn to control the resistant pests, but the underlying problem is still not being addressed by this approach.

Often, when discussions of the relative nutritional merits of organic versus conventional food come up, someone will invariably quote a 1948 study by Dr. Firman Bear at Rutgers University. Unfortunately, using this research to support any such claims is quite incorrect, because this study did not compare organic and conventional food. Instead, it compared crops grown in mineral versus organic (muck) soils, it had nothing to do with use of chemicals. However, perhaps Dr. Bear did get it right on one point. The research showed that the composition of the soil has a major and readily detectable influence on the mineral content and the nutritional quality of food. By better understanding the role that a healthy, microbially active soil can make on nutritional quality of plants, perhaps then we then can design agricultural systems that will maximize this. On an organic farm, careful attention is placed on improving soil quality, increasing soil organic matter, and enhancing soil microbial life, crops are carefully rotated and soil is specifically amended to balance all aspects of soil fertility. It makes logical sense to conclude that plants produced under such a system could indeed be more flavorful and nutritious.

Some comments and thoughts. First off, I agree with what is being said here, mainly that we shouldn’t be caught up in the “organic by default” trap that is so easy to fall into. What is meant by that is the simple absence of anything considered harmful does not equal healthy food. Simply because no pesticides, herbicides, fungicides,  chemical fertilizers, etc. etc. haven’t been applied, does not mean it is tasty and healthy. If nothing at all has been done to or with the soil, does that automatically mean all is well? Not really- there is much to be done in improving the fecundity of the soil including biological as well as structural improvements, organic matter, re-mineralization and nutrient balancing. Who would you want to eat produce from, one who has done nothing and calls it “organic” or one who has increased the biological health of their soil through careful and well researched amendments and inputs that are non-chemical in nature?

“There have been few studies that directly contrast the chemistry of conventional food to organic food.” Gosh, I wonder why… who normally funds such research? The Corporate Abgribusiness are not in the slightest interested if organic food is better, because that is not what they are in the business of.

“…over a two-year period, average levels of essential minerals were much higher in the organically grown apples, pears, potatoes and corn as compared to conventionally produced products. The organically grown food averaged higher in calcium, chromium, iron, magnesium, molybdenum, phosphorus, potassium and zinc, and lower in mercury and aluminum. A more recent study out of Australia showed a similar difference between calcium and magnesium levels in organic and non-organic food.” Yet when research is done, it conclusively shows that there are many more minerals that are essential for our health in organic, sustainably raised food.

“Weibel found interesting correlations between the microbial activity in the soil, a condition closely associated with organic management, and the nutritional status of the apples, especially the phosphorus level.” This is a perfect point of healthy soils equal much healthier produce. The correlation can be furthered to include healthier people from eating healthier produce… “This corroborates work done by Elaine Ingham at Oregon State University, who has shown that corn and grape plants grown in association with mycorrhizal fungi produce fruit with higher protein levels.” Mycorrhizal fungi are symbiotic fungi that greatly increase the nutrient uptake in plants and are essential to having biologically living, healthy soil.

“Regardless of all the other issues involved with genetically engineered crops, it seems logical that unless we pay attention to the soil and other environmental factors first, efforts to improve yield, nutrient content, or pest resistance of crops through genetics alone will be far less successful than they might be.” Really? Do ya really think? Common sense would dictate that to ignore the very foundation of agriculture- the soil- would be to invite disaster on the scale of many of the world’s other civilizations that ignored their soil. Almost without fail, they do not exist anymore. Those that do are on such a diminished scale in comparison to where they used to be in production as to be almost unbelievable. Who would call Iran, Iraq and Syria “The fertile crescent” or “Breadbasket of the world” today? These are just 3 examples of those that have managed to survived the loss of their soils.

This is a great article that not only introduces some reasoned, rational thought to the perennial question of nutrition, it also introduces many to the thought of what does the term “organic” really mean, and what is it made up of? I really hope this raises more questions than answers and sets you on a direction of learning more about what you eat, where it comes from and how is it raised. Only by answering these and many other questions can you be a true part of the solution of helping to create more demand for healthy, nourishing, sustainably raised food.

Yes, this is work, it takes time, thought and energy, but unless you want to just sit back and consume whatever is sent your way by the advertising and corporate agribusiness giants, this is the only way. 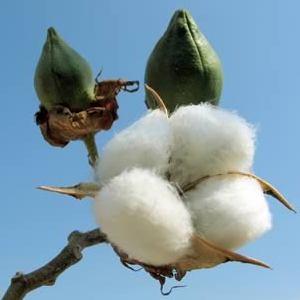 Resiliency and the Ripple Effect
0 replies