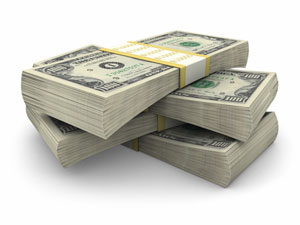 For more than half of 2010 members of the Department of Justice and Department of Agriculture held investigative hearings around the country on the impacts that Big Ag – industrialized, commercial agriculture – had on the producers that supplied them or used their products. For many of the farmers working under contract to national companies, this was potentially great news. This was a unique opportunity to talk directly with some of the highest-ranking officials in agriculture and justice to tell their story and get some help. The message from Washington seemed to be pretty clear – they were interested to hear how the independent farmers of America were being used and pushed around by Big Ag, and they were not going to allow these practices to continue.

During their tour of more than seven months of 2010, the officials heard from many farmers, ranchers and other producers around the country. They learned of the power and technology concentrations in the seed, pork, cattle, dairy and poultry industries. They looked at the discrepancy between the price consumers pay for food and the price farmers receive for producing it.

Very similar stories were told over and over again from many separate parts of the country of abusive practices across the board in all of the different industries. No matter the industry or what part of the country the meetings were held in, it seemed that the story rarely changed. Contracts, terms and conditions that would make rural Southern sharecropping look pretty reasonable by comparison were the norm. Preferential treatment, grudge punishment for questioning the system and constantly rising costs and tightening requirements are all part and parcel of doing business with Big Ag these days. That doesn’t even begin to take into account the threats of lawsuits or financial punishment that accompanies much of these systems of contracts. In the seed industry, for example, it is common for farmers to have to sign a binding agreement in order to purchase corn, cotton or soy to plant in their fields. They must agree to use only the specified fertilizers, herbicides, pesticides and seeds. They cannot save any of their seeds. Pamphlets are routinely mailed to all of the farmers in a region offering “gifts” as rewards for reporting their neighbors for “breaking contract”. Neighbors are suspicious of each other, even those who have farmed next to each other for several generations.

So, what resulted from all of that travel, all those meetings, all that planning that we, the taxpayers, paid for? Going on two years down the road – not much. The USDA developed legislation that revised and updated the regulation of livestock industries that would prevent the destructive practices that are now common. The Department of Justice initiated an anti-trust investigation into Monsanto and DuPont about their “possible anti-competitive practices in the seed industry.” Monsanto was targeted for its business practices surrounding its Roundup Ready soybean. Information on the DuPont investigation was not released.

The USDA legislation was met with heavy criticism and attack from the House of Representatives, the House Agriculture Committee, the National Cattlemen’s Beef Association and the National Chicken Council, all of which was to be expected as they are funded by special interest groups of the very industries that would be affected by the revised laws. The final straw to the whole process was a rider in the June 2011 House Appropriations Committee funding bill that was was designed to strip the USDA of the funds it needed to finalize and implement the strongest of the proposed rules. By late 2011 the Dept. of Justice, Dept. of Agriculture, the USDA and the administration was in full retreat from the corporate livestock, seed, dairy and poultry lobbies.

The rider passed in November 2011, effectively killing the revisions. Very recently, the Dept. of Justice closed the antitrust investigation into the U.S. seed industry, absolving Monsanto and DuPont of any wrong-doing. The damage done to the very people that the hearings were trying to protect – the producers – is unknown at this point. From the Washington Monthly –

“By documenting the big processing companies’ exploitation of independent farmers, then failing to stop that exploitation and retreating in almost complete silence before entirely predictable resistance from the industry, the administration, for all intents, ended up implicitly condoning these injustices. The message to the processing companies is, after all, absolutely clear: you are free to continue to act as you will.”

Where do we go from here? Several things have been shown to us from these events and actions. One: industry controls government in this country, regardless of what anyone says to the contrary. Sure, there may be examples; they only serve to point out the minute exceptions, not the mainstream. Two: getting away from industry and corporate control of food is in all of our best interests. How do we do that? By continuing to support and actively participate in local, sustainable methods of growing and producing our food. Buy from the farmer’s market, join a CSA from a local grower, get to know who grows your food and how it is produced. Yes, this takes work. The alternative is the recent headline – “To Find Antibiotic Resistant Bacteria, Look to Commercial Pork.” Is that the food system we want and support? 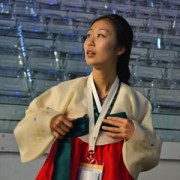 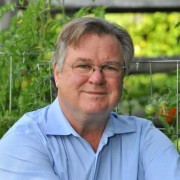